As I paced across the stage in rehearsal and read the line for the first time “In 1943, one of the bombs exploded,” I was brought to the moment that my grandfather faced the death of his friends, the moment that would haunt his mind with PTSD for the rest of his life. In that moment I was transported to a traumatic event that happened more than 70 years ago and I could feel the spirirt of a man I never met. And in that moment I realized that my classmates and I were creating something very powerful, not only for the audience but for our own transformation.

Coming into this class I would have said ‘I don’t have a creative bone in my body’ and some of my classmates would have nodded along with me. Of course that is not true for any of us. The experiential education model of this devised theatre class works to undo what many traditional classes and parts of society have done to our imaginations. When essays and powerpoints make up a bulk of our avenues for creative expression, and we are told that we do not have time for fine arts in our schedules, our creative muscles erode. The Origins project encouraged us to release our inhibitions that surrounded our self-consciousness on stage.

In-class exercises forced us to improv physical manifestations of our family stories, breaking down awkward physical barriers. As well, Janna Goodwin gave us sentence starter prompts among other catalysts to help us reflect on our family and how we see ourselves within its historical context. Working with our family artifacts (photos, objects, documents, etc.) in class allowed us to learn about the stories of our classmates’ families, ask questions to spark new inquiry, and collaborate on pulling out the most special moments to recreate on stage. This process gave me some stories I will forever cherish, and instilled in me the idea that storytelling is transformative and necessary.

Altogether I learned very valuable skills in this course for working out the creative muscles that we all have and teasing out the storytelling potential that we all have within us. The process was a joy to share with the audience in the final product of Origins. That performance epitomized the cyclical nature of devised theatre, inspiring more stories from family members and students who came to see the show. Everyone who touches this powerful method of storytelling seems to be touched by it as well. Since going through this process I have shared reflections with many, and talked with a few about how devised theatre might be effective for building trust and relationships in an office setting as well as a classroom. Without a doubt, this process has been incredibly beneficial to my academics as an alternative instructional method that in my opinion allows for much more growth than a traditional classroom. Through devised theatre we have come away with creative, organic, challenging, collaborative, and transformative experiences that we will not forget.

My paternal great grandmother Maggie Boyle, from which I glean my middle name Boyle. And my great grandfather Patrick Cassidy. They emigrated from Ireland. 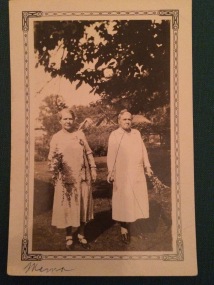 My maternal great great grandmother Katie Hermann on the left. Mother of Helen. 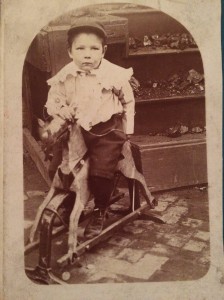 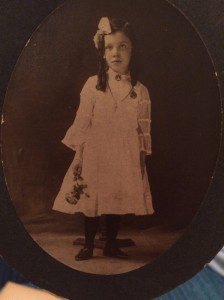 My dad and I fishing at Lake of the Ozarks.

My paternal grandmother Margaret flanked by my grandpa Bernie with a fish. 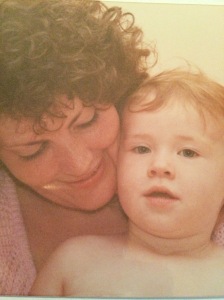 My mother Pam with my sister Jane 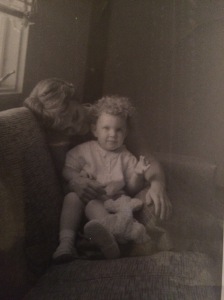 My grandma Marian with my mother Pam

My dad fooling around on his dad’s saxophone 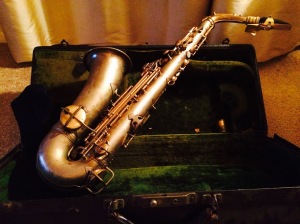 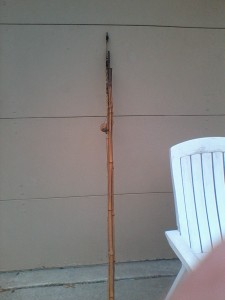 She bent half of a half-hearted smile when he came through the door. And even that required a lot of machinery, like bending a steel pipe. My grandma Marian had already come home from work, made dinner for her son Brian and her daughter Pam and her husband, Bill. She had been sewing a pillow for 2 hours already by the time Bill came stumbling into the kitchen.

Pam, my mother: “When I was a kid I was rarely allowed to have friends over. And if I did I was always fearful because with my dad’s drinking you never knew if he was going to be crazy or just barely livable.” -Mom

My Grandpa Bill was as talented as they come, but all the premium gum erasers in the world could not erase his past and the most vivid palette or paint the picture of a model father.

Billy loved to draw, but not as much as he loved to splatter, pour, and splash paint on a fresh white canvas. He ran around the house with a bomber hat on making airplane noises with his arms spread as wide as they could be.

When Bill joined the service his mother thought he would never come home. Her son’s inevitable death was so much for her that she sold all of his clothing and, his art supplies.

“If genetics were gone in regards to alcoholism, then my dad’s injury in the war, was probably the trigger that made it all happen.” -Mom

William Michael Kavanaugh served in the U.S. Army in WWII loading bombs onto planes in California. In 1943, one of the bombs exploded and 3 of his friends were killed from the blast. He was hospitalized for shrapnel in his chest and leg. After he recovered from his flesh wounds he was hospitalized for psychiatric help. Today they would say that my grandpa has PTSD. More accurately, shell-shock. Also known as combat exhaustion. Realistically, the scars of war that live under the skin. The dark pockets of a man’s mind that have been stained with the indelible ink of missed targets. Pockets he wished he could cut out but the thread was sewn too strong, fibers un-washable, neurons un-erasable, but drown-able with enough booze.

“One of the things that made your dad attractive to me is that he was an alcoholic that had stopped drinking. However, if you don’t deal with the underlying issues of why you were medicating yourself, then you’re still unhappy.” -Mom

Bill was the first person in his family to go to college. He got an archaeology degree from Washington University in St. Louis.

Pam: “Now what he thought he was going to do with that degree I have no idea. Would have been nice if I had asked him wouldn’t it?” -Mom

At the university he took an art class, then took a mail-in art class, then he got a job with McDonnell Douglas (now Boeing) working as an artist and designing airplanes. He held a job with the St. Louis Post Dispatch paper doing their graphics but could not keep it because of his drinking. The same could be said for his job as a cartographer at the U.S. mapping agency.

“I remember hearing some research on the TV report where it said that the one thing that Rhodes scholars had in common, was that they all had family dinners. So I took that to heart. I felt it was important even on the boring nights when nobody had much to say. Just being together is important. And I think it was also something I longed for as a child. Many of our family dinners were strained, when I was growing up, as mom was tired because she was the one that had to make dinner after she got home from work and dad usually came home drunk so that pretty much sucked. Bringing your friends to the dinner table was always a priority. When I was a kid I was rarely allowed to have friends over. And if I did I was always fearful because with my dad’s drinking you never knew if he was going to be crazy or just barely livable.” -Mom

“Your friends are the family that you choose. I think we have both been lucky.” -Mom 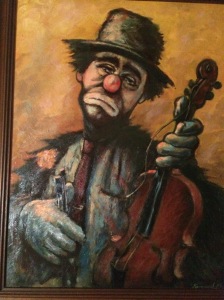 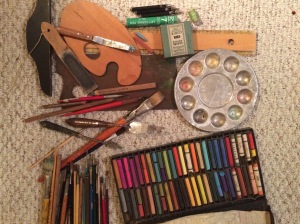 Oil crayons that belonged to grandpa.

A landscape painting that hangs in our house over the fireplace.

A graph of planes from Grandpa’s work 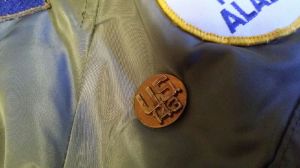 My Uncle’s bomber jacket with his father’s pins and patches from the Army on it. My Uncle Brian was wearing this jacket when his home in Dallas caught on fire. These are the pins and patches that were salvaged.

Grandpa’s silver ring that he made. It is pictured in his self-portrait.

A drawing by grandpa.

An unfinished drawing by grandpa.

Grandpa Bill in military uniform with his parents.

Grandpa in the service with his red hair. The pin on his left lapel is on my Uncle’s jacket now. 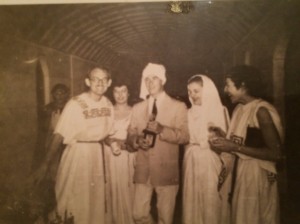 Grandma and Grandpa at a toga party.

Grandma Marian cleaning in the kitchen. 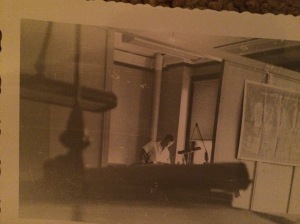 Grandpa Bill working at the U.S. Mapping Agency in St. Louis as a cartographer.

The only picture of my mother’s whole family. My Uncle Brian’s wife is in the middle.